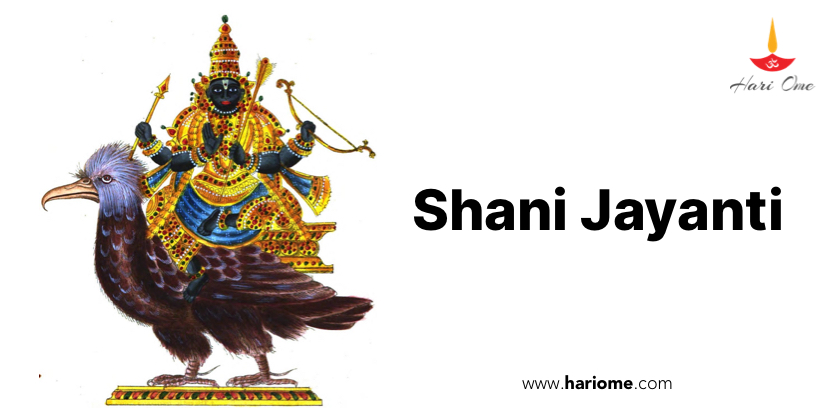 Shani Jayanti is celebrated on Vaishakha Amavasya every year. Worshipping Shani on this day aids in good luck and fortune.

Shani(Saturn) has a significant place among all the gods because attaining the negative influence of Shani can affect various aspects of life. So, it is suggested not to neglect worshipping Shani. As per the Hindu Calendar, on Amavasya tithi of the Vaisakhi month. Shani, the son of Lord Surya, rules the planet Saturn and Saturday out of the entire week. Worshipping Shani can prevent you from all the bad omens and sufferings. All your wishes will be fulfilled.

Lord Shani, son of Suryadev, took birth on this auspicious day. Shani Jayanti is celebrated on Amavasya tithi of the Vaisakh month. Astrology strongly says that Lord Shani has a huge influence on everyone’s life as he rules Saturn.

Devotees from all over worship Lord Shani to avoid the negative and unfavourable influence in their horoscope. Especially those who are going through sade Sathi (Saturn cycle) offer prayers on this day. Devotees observe fast on Shani Jayanti to please Lord Shani. They visit Shani temples to be blessed with luck and fortune. It is also believed that the position of Shani in the horoscope should be nice for one’s life to be happy and prosperous.

Chanting this Mantra every Saturday can get rid of your sufferings. The scriptures say that when Nala Maharaj was going through misery during ancient times, Lord Shani comes in his dream and suggests chanting the following Mantra. And after chanting the Mantra, Nala Maharaj regained all the lost fortune and good luck.

Out of all the planets, Planet Saturn creates more Dosha. In order to fall out of the negative influence of Shani, one should chant the above Mantra 11 times and below mantra 11times.

Chanting this Mantra and performing Tailabhishekam can give positive results to the people who are suffering from the negative influence of Lord Shani.

How to bring luck into your life?

Why Conch or Shankha is an auspicious thing?