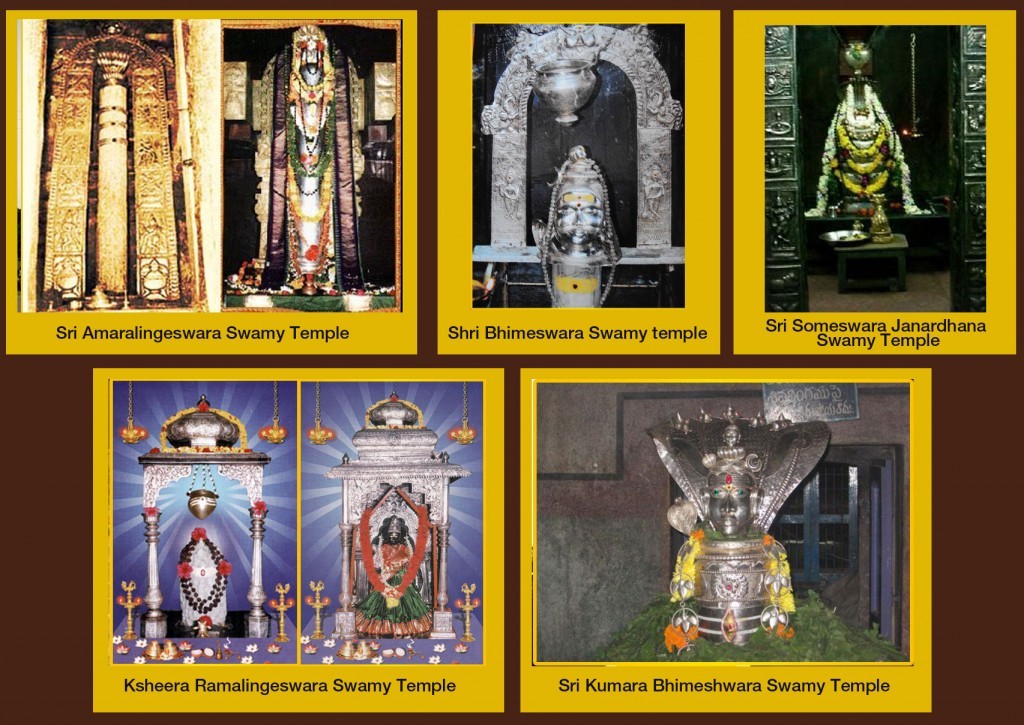 There are interesting stories behind the existence of Pancharama Kshetras. One of the legends says that when Lord Subramanya killed the demon Tarakasura in a fierce battle, the shivalinga hung around his neck broke in to five pieces. Those five pieces fell down at five different places and those places are called as Pancharama Kshetras.

The other story goes like this. There existed a huge Shivalinga which has been made by Surya or Sun God. This Shivalinga was used to be worshipped by seven sages namely Kashyapa, Atri, Gowtama, Koushika, Bharadwaja, Vasishta and Jamadagni. This Shivalingam was later parted in to five and installed at different spots which became Pancharama Kshetras now.

Another story tells about the battle of Lord Shiva with Tripurasuras. When Lord Shiva destroyed three flying cities of Asuras the Shivalinga worshipped by them broke into five pieces and fell at five different spots which later became Pancharama Kshetras.

What is the right time to clean your house?

Do you know the nine important incarnations of Lord Hanuma?