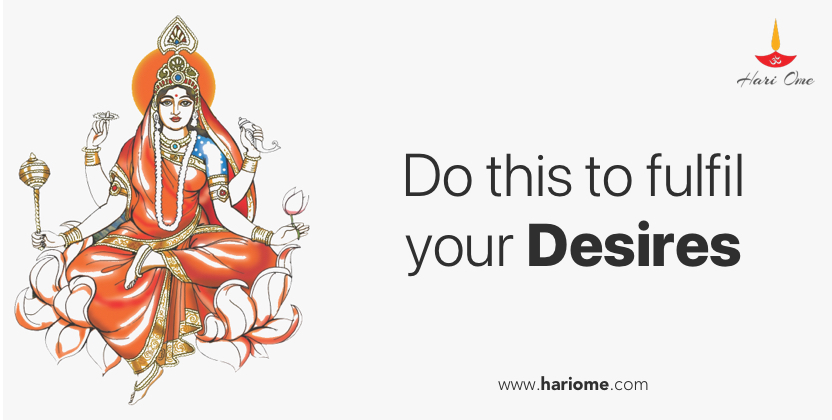 She is the ninth among the nine forms of Durgā. She is also called “Siddhidā”, ‘Siddhidhātri’. Her very name connotes that She bestows the ‘Siddhi’ i.e. the desired result of any action. Scriptures described Her as –

It is but natural that every being aspires to obtain the results of the actions performed. Whatever one wishes for and obtains is considered ‘Siddhi’ for oneself. However, scriptures described different types of Siddhis, out of which some are obtained with rituals, some with the mantra, some with Yoga, and others with many methods. These Siddhis range from typical mundane desires to attaining liberation.

‘Siddhidāyini’ is the personification of the grace of Divine Mother that one wills to obtain at the end of the action. To give an assurance to the sincere spiritual practitioner, Divine Mother is worshipped as “Siddhidā’ on the ninth or the final day of worship during the Navarātri.

Śrī Lalitā Sahasranāma Stotra mentions the nāmās – ‘Siddhēśwari’, ‘Siddhavidyā’, ‘Siddhamāta’, ‘Yaśaswini’. Maharsis saw Her divine effulgent form in deep meditation and described. Accordingly, while sitting on a vehicle She sits on a lion, whereas while sitting on a pedestal, She sits on a Lotus. She holds Sankha, Chakra, Gadā, and Padma i.e. conch, disc, mace, and lotus respectively in Her four hands. She radiates hue of pure gold.

Everyone including Maharșis, Gandharvās, Yaksās, demons, and gods are around Her performing the worship. Her very form reminiscences Lord Vișnu.

Let’s all prostrate to ‘Siddhidāyini’, the form of Divine Mother that grants result for all our actions! –

Why we should not try to meditate?