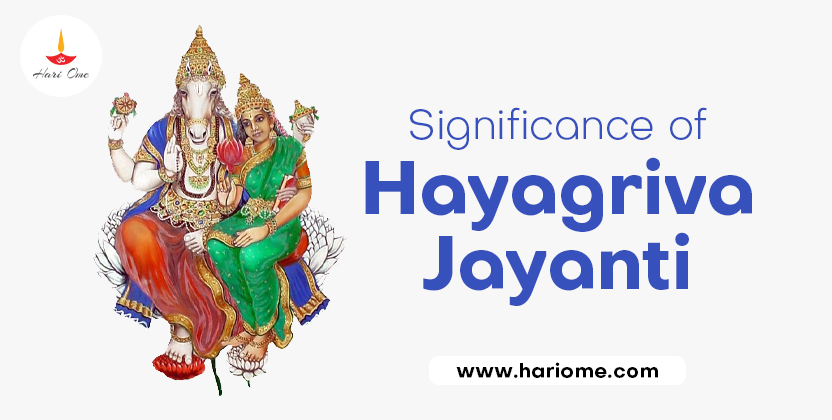 Sri Mahavishnu’s success story in the Hayagriva incarnation is said to be special. Formerly a demon named Hayagriva was deeply meditated to the goddess. Appreciating his devotion, the goddess offered him a boon, and he wished to be immortal. However, when she said that it was impossible, he asked her to bless him with death only in the hands of the one who had the Hayagriva (horse head). She blessed the monster and disappeared. With that boon, he immensely troubled all the goddesses.

Though Lord Vishnu constantly confronted the monster in battle, but to no avail. Finally, Lord Shiva devised a plan, and unfortunately, Sri Mahavishnu placed the arrow on the bow and slept on the top wall with extreme fatigue. As none of the gods dared to wake him up, all the gods came up with an idea and sent an insect called ‘Vamri’ to bite the rope. Their idea was that by doing so, the rope would loosen and the bow would move, and Vishnu would wake up. But, to everyone’s shock, when the worm bit the rope, the arrow hit Vishnu in the neck, and Vishnu’s head flew away.

The gods searched throughout, but that head was not found. Brahma immediately meditated, and the goddess appeared. She brought a horse’s head and told to attach it to Lord Vishnu’s body. The gods did as told. Lord Vishnu, who had attained that Hayagriva(Horsehead), awoke and came to life again. That awakening day is Shravana Purnima. Lord Vishnu, who became a Hayagriva, easily conquered the demon. This story conveys the glory of Devi Shakti and the philosophy of Sri Mahavishnu. That is why Hayagriva Jayanti is also celebrated on Shravana Purnima.

What is Shiva Tatva, the great philosophy of Lord Shiva?