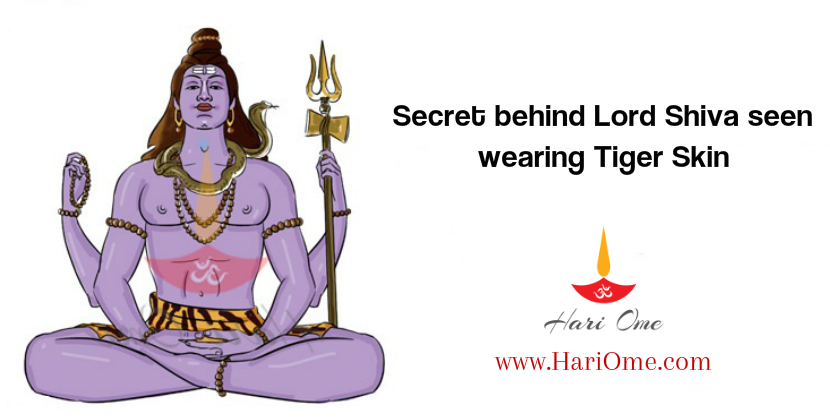 We know that Lord Shiva is Aadi Yogi and he abstains from everything in this world. He used to roam around in forests and burial grounds. Once he was wandering through a forest, wives of sages happened to see Lord Shiva and were so drawn towards his handsomeness. Fallen for the charisma of Lord Shiva they began neglecting household works. Sages were surprised at the strange behavior of their wives and started searching for reasons. They found out the reason when they saw Lord Shiva roaming in the forest.

They decided to kill him ignorant of he is Lord Shiva. They dug a pit in the way of Lord Shiva and created a tiger with their powers so that it kills him. Lord Shiva killed the tiger within minutes. Understanding the intention of sages, he wore the skin of the tiger he killed.

That is why we see high priests in Hindu Monastaries or Peethams sitting on Tiger skin as they are treated equal to Lord Shiva. Tiger skin denotes that Lord Shiva is the embodiment of Time or Kaala Swaroopa.

Why should not we give salt into bare hands?

Is Hinduism a vegetarian religion?