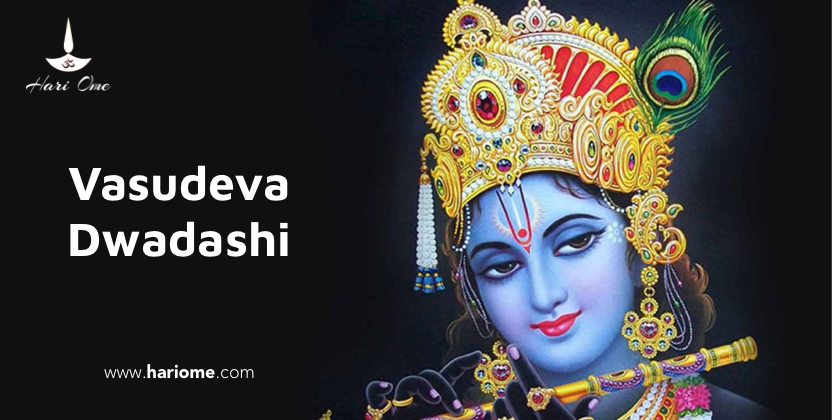 Vasudeva Dwadashi is dedicated to Lord Sri Krishna. Even though it is supposed to be celebrated the day next to Devashayani Ekadasi, sometimes both Tholi Ekadashi and Vasudeva Dwadasi fall on the same day as per Hindu Calendar. When many Puranas depicted starting Chaturmasya Vrat on Tholi Ekadashi, the Smriti Kaustubha scriptures say that it should be started on Vasudeva Dwadasi.

Everyone is aware that Lord Vasudeva is another name for Lord Sri Krishna, an incarnation of Vishnu. But, every name of the Lord has its significance, just like the name Vasudeva had. The Name Vasudeva came into existence as he is the son of Vasudeva, and the name also suited lord Vasudeva as he is the one who controls the entire existence. The line

from Vishnu Sahasranamam depicts the same.

Elders also say that the holy name Vasudeva exists in all the energies of living beings around, like Prana Shakti, Chaitanya Shakti, and Atma Shakti. The Verse in Bhagavad Gita also portrays the presence of Vasudeva name in verse –

(It is I who take the form of the fire of digestion in the stomachs of all living beings and combine with the incoming and outgoing breaths, to digest and assimilate the four kinds of foods). And the line

And when it comes to the rituals followed on this auspicious day, devotees generally observe fast on Tholi Ekadashi and break their fast on Vasudeva Dwadasi after worshipping Lord Vishnu. Dwadasi is considered holy and a favourite to Lord Vishnu. Worshipping and reading Vishnu Sahasranamam give special results to the devotees.

The Hindu traditions always gave importance to Donations, and donating Vishnu Sahasranama books is believed to be significantly holy. Some people donate hand fans too. Chanting any of the thousand names of the Lord is considered divine and sacred. The mighty Lord Sri Vishnu is never confined to one name, and a thousand names are never enough to describe him. According to some scriptures, it is mentioned that even Lord Indra has never seen the true form of Lord Vishnu.

Lord Vishnu exists everywhere and in every form. He is the controller of the entire existence, and no one can ever define the true form of the deity. But, as we humans need an identity to worship, the shlokas and scriptures explain various features and forms of the Lord.